Be Aware of These Red Flags 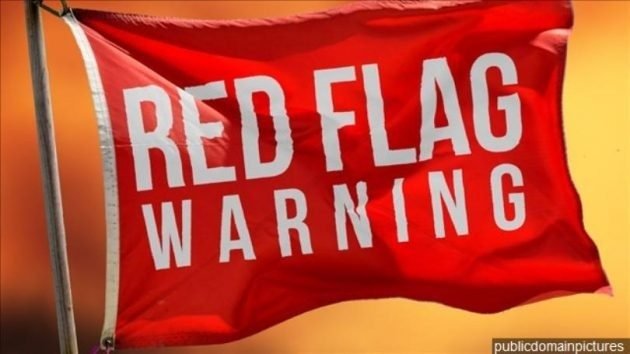 Moving Too Fast in the relationship

This is one of the initial red flags...It has only been a very short period of time, we are talking about, days, weeks, or maybe a month and they are already crazy in love with you. Marriage may even be brought up as they state over and over again, how you are the greatest thing to ever happen to them. They will want to become domicile with you as soon as possible.

An additional one of the earliest signs to be seen... Is when you are blamed for having relationships or being improper by even flirting with another person.

Monitors Everything and Everywhere You Go

Needs to know wherever you are all of the time and repeatedly calls and texts you.

Ensures Not to Honor Your Personal Boundaries

Refuses to take into consideration your feelings about how fast they are moving this relationship, or how quickly other things are also being pushed on you.

Tells you that you are insane, incompetent, fat, worthless, tramp, reminds you constantly that you will never have anyone else that will love you because you are not worth it.

Dual character- Could behave like Prince Charming in the beginning of the relationship and as soon as the abuse has happened. But abusers also have an outright mean and disgusting side. Ultimately, you will see more of the nasty side. You will feel as though you are walking on eggshells every single day.

Unable to Keep Their Word

Prohibits you from spending any time away from them. Will not allow you to spend any time with family & friends.

No longer wants you working, due to the fact that you would then be able to support yourself without them.