I am just now realizing that I am ok eating alone because I know what I bring to the table. 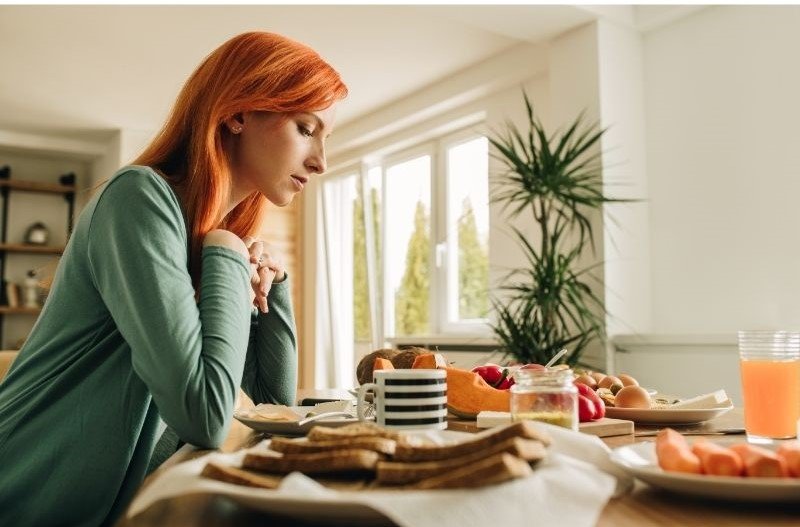 Sitting in a chair staring at a lifeless door that opens to an empty hallway that resides in a house that will in no way ever be a home. I find myself wondering why? Why I was never enough? Could you imagine feeling unwanted and unwelcomed in the one place that is meant to make you feel safe, loved and a part of something? That was exactly how I felt each and every time I walked in the door of what was supposed to be my safe haven. I longed for weekends, summer or really any time that I could stay with my grandparents. Now that is where I considered my home to be. My grandfather taught me from early on how to play golf, checkers, and cards. I admired everything that he was and all that he stood for. He was a pure gentleman who loved his wife. My grandmother was very old fashioned and believed that no man should ever cook and that one of the ways that you show your love for your family is by preparing all of their meals. Evenings consisted of dinner which was filled with conversation, games, and cards and maybe an episode of a TV show that is now considered a classic. There was laughter, so much laughter, hugs, and most importantly, there was a real unconditional love from within. A feeling of acceptance from and for everyone.

The perception of what life is supposed to be like is based on the ideas that what we witness and are told of by our parents. If that was how it was meant to be, then that would explain why I have made so many wrong choices when it came to relationships as an adult. It all made sense and explained the reason why I had been sitting in the office of therapists and counselors ever since grade school. I realized early on in life that I was giving an enormous gift. My grandparents, these two individuals were the epitome of how and who I wanted to be in life. I had never met more giving, loyal, loving and understanding people. The way my grandfather treated my grandmother, well that was unconditional love. Feeling of never being good enough, being talked down to and belittled, made fun of. This was the norm for me on a daily basis. This was my childhood. Growing up I use to think that I was worthless, ugly, and not worthy of being loved by my biological parents. Yet, whenever I was with my grandparents, I felt the complete opposite. Imagine on your birthday that you wish for the same thing year after year, that my “parents” would get divorced, and I would get to be free and clear and live with my grandparents permanently. So, that never happened.

What I did learn from a very early stage in my life was that my sperm donor was someone who demanded respect, power, and control. Oddly enough some women found that to be a very enticing trait. He was always flirting with someone even if I was standing right there beside him. There were three children that were under their “care”. First, was my older stepsister who I named my step monster. She was the epitome of our egg donor. She would never step foot inside of a Walmart or Kmart, oh no it had to be the pricier stores or stores inside the mall. She only could have name brand items and she walked around as if her shit didn’t stink.  Then there was me, I tried daily to obtain the love and attention that I believed a daughter should have from her parents, yet I never received it. I did however take the blame for any and everything that ever happened in the family, yep even if I wasn’t around at the time it happened. It was CONSTANTLY my fault.

Last, but definitely not least was my younger brother, AKA Mommy’s boy. She took him everywhere with her and I mean everywhere. If she went to the bathroom, you guessed it he went with. This relationship in itself would boggle the minds of many therapists, counselors, and psychologists for many decades to come. When we had meals together (without my grandparents) there would be little to no conversation but always take out or dining out since egg donor rarely cooked.  Come to think of it she rarely did much of anything around the house. She had a maid service, landscapers, and gardeners. Don’t get me wrong there is nothing wrong with this if you can afford it (which they could), but it would have been nice every once in a while, if she used the broom, she flew in on to tidy up just a bit. I literally went into my first counseling session when I was in second grade due to the confusion I was experiencing when it came to why my egg donor showed my younger brother all of the attention and affection and I was nothing more than a nuisance.

I longed for the simple experience of hearing her tell me that she loves me but yet the closest thing I ever got was hearing her tell her son. How could she tell him and NEVER tell me? Certainly not hug me, never want to do anything like a mother and daughter would together.  Yet she catered to his every need down to even going and picking up dinner for him from wherever he wanted even if it wasn’t what everyone else was having. For as far back as I can remember, I have been the brunt of everything that has ever gone wrong when it comes to my "family". I was always compared to the golden child who could do no wrong.

16Jun
Just what is a sentence?
Comments